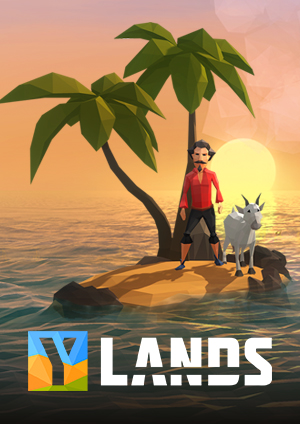 Early Alpha, or Ylands Early Alpha, basically means that our game is still in early stages of development. For that reason, you should be aware of the fact that the game is far from being complete and does not have all the features and cool things we want it to have. It also means that the game can sometimes break, crash or do weird things.

After more than 18 months of development, we wanted to involve you, the players, in the development as well - and this is the reason why we released Ylands as an Early Alpha.

When we finish Ylands, we want it to be a friendly and beautiful sandbox game that empowers your creativity. Our plan is to keep working on the game for at least the next two years - you can find out more in our development roadmap article.

Right now, we sell Ylands Early Alpha as is, for a lower-than-usual price (our plan is to double the price for the full release). We have plans to make all sorts of awesome & crazy things, but sometimes, it's not so easy and we may, at some point, decide that we don't really want to add this or that.

We always recommend to think twice (and then twice again) before you buy Ylands at this very early stage; if you don't like what you see now, it's very likely that you would not be able to enjoy the game for at least several more months. Our aim is to be very open with our community and talk about our development plans in detail, but we don't want to promise too much too early. To better understand where we are headed with the game, please take a peek at the development roadmap news article .

Ylands is a polygon based sandbox game where you can create (and then destroy, if that's what you want) the yland you want to live on. You as a player have an absolute control over the gameplay - the items you carry in your inventory will determine the kind of adventure you'll experience.

The key features of the game are explained here in detail.

Ylands Early Alpha is only available via the Bohemia Interactive Store and in order to buy the game there, you are required to create your own personal Bohemia Account. Having the account has other benefits too: it works as your unique in-game identity, you can use it to log in to the Ylands Forums and in the future, it will also be used for advanced community features such as finding friends or sharing your creations with other players.

Right now, Ylands is available only on PC, but we plan to release the game on more platforms as the development progresses. To play Ylands Early Alpha, you need to meet these requirements:

Please note that these requirements are based on the current Early Alpha performance. As we progress with optimizations, the requirements will be lowered.

Currently, we are only releasing the PC version, because it's our primary development platform, but we intend to make Ylands fully multi-platform. Our plans involve a Mac and Linux release sometime in the future and we would also like to make the game available on iOS/Android devices and consoles.

Ylands runs on the Unity engine.

You can report bugs and leave your suggestions and feedback on our forums. Please make sure to use the search feature to ensure that someone else has not already reported the same thing.

Right now, the game is available in in English, Spanish, French, Italian, German, Russian and Czech. If you want to participate in translating the game into your language, please let us know via this forum thread.

By enabling this you help us gather in-game statistics (e.g., which biome is played the most) that can be used to balance the game. This option is on by default, but it can be switched off in the games' main menu.